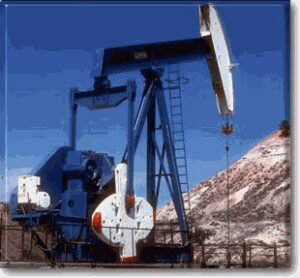 Ken’s Production Service, out of Rainbow Lake, Alberta conducted a test for Husky Oil on a Lufkin 640 Conventional Pump Jack. It is run by an Etatech, 3 phase, 600 volt motor wired for 40 horse power. A baseline was established by monitoring the amperage draw on the unit from June 6, 2001 until June 14, 2001. Information was accumulated using both the high and low spikes in the readings. On June 14, 2001, NNL 690G was added to the Gearbox at a 5% by volume rate. The capacity of the Gearbox Sump being 200 Liters. The unit was also lubricated with ThixoGrease at the following points: wrist pins, saddle bearings, tail bearing and the Pittman Arm.

Please send your order via email to: powerup@centurytel.net